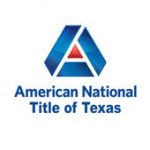 Title of Texas came together by building on the successes of Archer County Abstract Company and Clay County Title. Read about the history of our organization:

The Archer County Abstract Company, in Archer City, stayed in the same family for 81 years, beginning with W. E. Forgy in 1899 and continuing into 1980 through his daughter, son-in-law, grandson, and great-grandson.

Forgy was president and manager of Archer County Abstract Company for more than 30 years, in addition to serving as president of the Texas Land Title Association in 1916. He continued working up until the day he died in 1931. Forgy’s obituary in the local newspaper lauded him as the “father of Archer County” and “the richest man in the county with the most friends of anyone in the county.”

Forgy’s daughter, Marie, came to work for Archer County Abstract in 1919 following her graduation from Oklahoma University, in order to help her father with typing duties. In 1922 she married E. H. Trigg, and her husband became a partner in the company.

The Trigg’s son, Edward H., Jr., joined Archer County Abstract in 1950 after his graduation from the University of Texas. He was responsible for bringing title insurance to Archer County Abstract in 1952, when the company became an agent for Lawyers Title Insurance Corporation. The major portion of Trigg’s work was in abstracting, although he also served the growing demand for title insurance.

Beginning in 1885, Clay County Title operated as the oldest continuing business in Clay County and leading independent title and settlement company. Archer Title of Texas purchased the records and books of Clay County Title in 2011, becoming the only title company to operate with sovereign title plants in Archer, Clay and Wichita counties.

Archer Title of Texas is a complete title and closing services for residential, commercial and ranch properties. From building your new home to refinancing your existing home, we can handle it all. 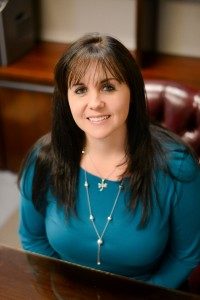