Tips on safety and ways to avoid theft on construction sites was the topic for the North Texas Home Builders Association and Wichita Falls Association of Realtors joint luncheon March 2, 2017.  Long time Wichita Falls residents Brian Bohn, a local Wichita Falls police officer and his wife Mindy, who own Signal 88 Security spoke to over 100 attendees at the Kemp Center for the Arts, Thursday, March 2nd. 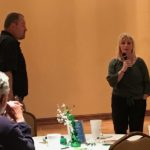 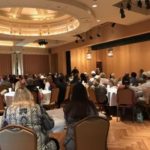 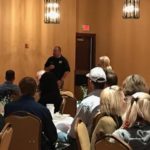 The crowd was very attentive to what was being said.  Brian told everyone as a business owner he knows the importance of advertising your business.  For builders and realtors, showing the public the amenities of a home is a great way to advertise, however, Brian said, “With today’s technology and social media, we are not only allowing the public to see what a great product you have available but allowing thieves to shop online”.  While we feel the best way to advertise a new home is through visuals on social media, it is important not to include items of value that would attract a thief.  On the other hand, it is good for the insured to have pictures or videos and a list of items with model and serial numbers available to assist law enforcement in recovering stolen items.  Other ways of preventing theft or capturing thieves is to have the home equipped with cameras.  These cameras can be used for surveillance and can also be accessed through your smart phone.  You can check in every now and again to see what’s happening. 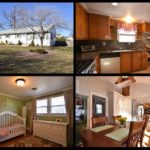 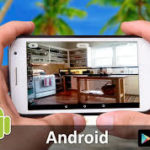 Other tips offered by Mindy were having motion detecting entry lights.  Burglars tend to shy away from areas that are lit up.  Keep your hedges trimmed just below you window sills.  Tall hedges provide cover for burglars and even absorb sound.  Replace screws in your door hinges and strike plates.  Most door hardware from manufacturers come with short ¾ inch screws allowing burglars to kick their way through a door.  Replacing the screws with 3” screws will make forced entry much more difficult.  Use metal bars in the track of sliding glass patio doors or windows.  While on vacation ask a trusted friend or family member to collect your mail and newspaper daily.  If you have an existing home on the market and the sellers have moved away, make sure the mail is not being delivered anymore.  You will also want to make sure the lawn is maintained and there are no advertising circulars piling up.  Most importantly, do not advertise to the entire world via Facebook or Social media you are out of town.  Wait and relive the memories and share pictures when you return. 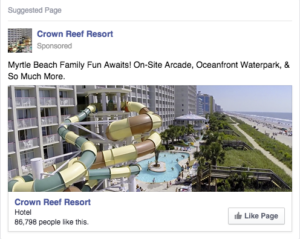 Mindy mentioned other safety tips for showing properties.  She said it is important to have a safety plan and code word or phrase.  Part of the safety plan should be letting your office or a co-worker know your itinerary.  Give them a list of homes you are showing, the name of the client you are meeting and an approximate time you plan to return.  If you feel threatened, you can pretend you are receiving a call while calling the office or someone and mention the code word or phrase.  That person would know you are signaling for help.  Take pictures of your clients, their vehicle and their license plate or get the number.  Mindy told the audience there are other things on the market like mace or pepper spray that would be good to have on you and since Texas is an open carry state, having a gun is not a bad idea. Some may want to take a self-defense course, these are not only a good idea for men and women, these courses can also help children protect themselves as well.   Arrive early enough to check out the surroundings.  The reason for this may not only be for your safety but unfortunately we can be faced with a vagabond who has decided to find shelter in your vacant listing.  Brian mentioned he had encountered an instance when a homeless man was found in a storage shed who had passed away, while the police were investigating, people showed up to look at the property.  It became a rather awkward situation.  One of the attendees said she had encountered an entire family that had moved into a rental one day.

In conclusion, they said sometimes it’s just a good idea to hire a security company to stay on premises especially with new construction or to do an occasional drive by to keep it protected.  In some cases the local police department can provide a drive by. 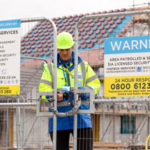 Always remember never take anything for granite, we don’t live in a society where you can let your guard down.  Stay aware and stay safe.

Along with the presentation from Signal 88, the President of the Wichita Falls Association of Realtors Sandie Hadsell gave the realtors their meetings announcements.  Afterwards she  introduced Jack Browne and Tom Lang who promoted a special event that was organized by the Lake Wichita Revitalization Committee and partnered with the Lake Wichita Chapter of Friends of Reservoirs, Texas Parks and Wildlife, Lakeside City , the city of Wichita Falls and Wichita Falls Area Community Foundation to raise funds for the Lake Wichita Revitalization project and the reservoirs.  Mr. Lang said that Theodore Roosevelt IV, great grandson to President Theodore Roosevelt has volunteered to speak at the event “An Intimate Evening with Theodore Roosevelt IV”.  His goal is to enlighten residents about the Roosevelt family history of conservation and for his endorsement to serve as further evidence of the project’s vital importance in battling a leading conservation issue, aging reservoirs,” 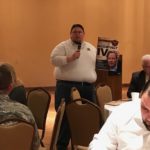 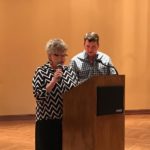 Roma Martin, chairman of the Wichita Falls Association of Realtors TREPAC Committee invited everyone to join them for their BBQ on April 7th from 6-10 PM at the Park Place Event Center at 5400 Seymour Hwy.  They will have a live and silent auction to raise money for TREPAC.  She said the cost is $15.00 per person for dinner, dancing, music and a cash bar.  The WFAR is asking that you please RSVP by March 30th.

There was a great turnout for the luncheon and Johnnie Carino’s did a great job on the food. 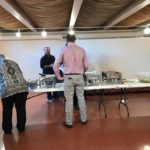 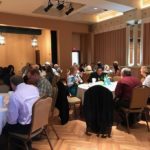