Two area college students will receive help with their tuition and other college costs through scholarships awarded Thursday, July 7, at the Membership Luncheon of the North Texas Home Builders Association. Bobby Diltz, chairman of the association’s Scholarship Committee, presented the scholarships to Brennen Nelson of Henrietta and Will Shaw of Wichita Falls.

Brennen Nelson is the son of Eric and Allison Nelson. 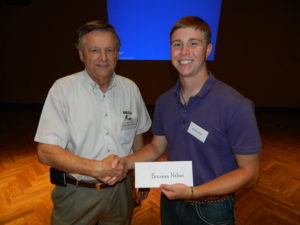 He is a 2015 Graduate of Henrietta High School. He graduated with a grade point average of 3.75 on a four-point scale.
As a graduate from Henrietta High School Brennen was a member of the National Honor Society and the FFA. Brennen was on the livestock judging team and went to state two consecutive years. While in FFA Brennen attended the three major livestock shows in Ft. Worth, San Antonio and Austin showing lambs and goats. Brennen also participated in football, basketball, track and golf, was a Boy Scout and is a member of the Blue Grove Baptist Church.
His goal to become a mechanical engineer was inspired by his desire and love of being able to have hands on experience building.
Brennen began his college experience in 2015 when he had also received a scholarship from NTHBA. Recently Brennen completed his second semester of college at Murray State College in Tishomingo, Oklahoma where he was awarded the Vice President’s Scholar Award. While there, Brennen served on a successful livestock judging team. Brennen is employed this summer in the engineering division with TXDOT.
Brennen said he is excited to move back to Wichita Falls and begin the fall semester at Midwestern State University where he plans to study mechanical engineering.
After receiving his degree, Brennen’s future goal is to seek local employment in the building industry and make a difference in our community. 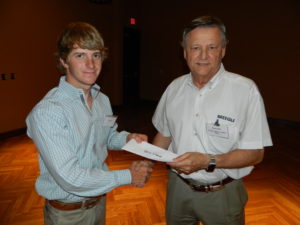 Will Shaw is the son of Ross and Ann Shaw.
He is a 2016 Graduate from Rider High School graduating with a 3.13 GPA on a four-point scale.
Will plans to continue his education at Texas Tech University, also studying mechanical engineering.
His extracurricular activities during high school included the Rider FFA where he served as a Texas FFA Foundation Ambassador as a team lead at the Texas FFA Convention for the past two years. This position included serving as a host for special guest, sponsors and dignitaries.
Will spent time competing in Leadership Development Events and advanced to Area in Job Interview as well as Career Development Events and advanced to Area in Land Judging. Will was eighth in the Tulsa School of Welding national competition and advanced to state in the Texas Skills competition. Will is a member of the Texas Junior Red Angus Association, Texas Junior Livestock and the Jr. Angus Association.
Will is currently a member of the Texas & Southwestern Cattle Raisers Association and attends Grace Church. Will participated in the Jamaica Mission trip with the Church in 2014 and was a volunteer for Christmas in Action to help with community events.
Since early childhood Will has been fascinated by how things work and are built. He started with Legos as a building medium and growing older has been introduced to new technologies that can bring his ideas to life.
After graduation, Will plans to bring his mechanical engineering degree back to Wichita Falls where he has a passion to help the community grow and develop. 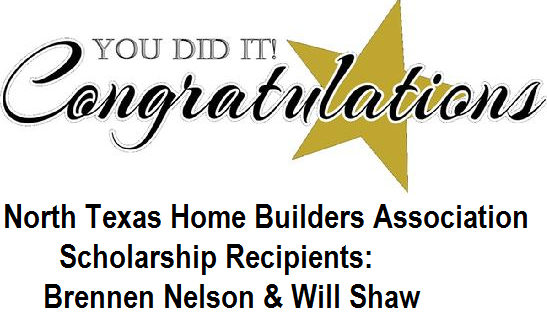