In spite of the date change due to a wintery weather advisory and school closing, we had a great turn out to the General Membership meeting on Feb

ruary 13th.  The NTHBA had the privilege, once again, to be catered to by the WFISD Culinary Arts department.  As always, the food was delicious and the architecture of the CEC Center is state of the art.  It is super easyto beam with pride while standing in the midst of the building.  Many different careers are represented and students have the latest technology and equipment to learn with.  They definitely have the opportunity to be educated going into today’s job fields. 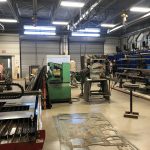 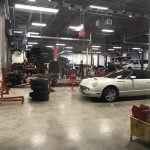 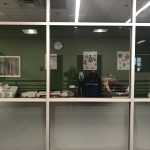 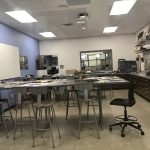 Mr. Little’s Construction department sold their first onsite build in 2019.  The NTHBA had theopportunity to promote and include it in the 2019 Parade of Homes.   It was an awesome project.  There were many departments that had a hand in the onsite build.  The Architecture department, the interior design, plumbing, HVAC, and Electrical just to name a few.  With the continued support of the NTHBA, many local businesses and the city’s community development department the students have already begun their second on site build.

Generosity of members purchasing website banner ads on the NTHBA website, made it possible for the NTHBA to present Mr. Little and his construction students with a check for $5760.00. 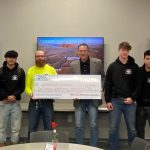 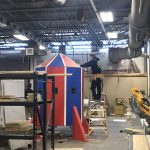 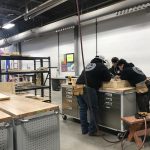 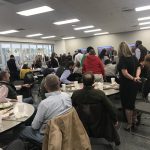 This will be the third year the NTHBA has been blessed with the opportunity to help support the WFISD CEC Center Construction Department.  We look forward to promoting the build in the 2021 Parade of Homes following its completion unless it is sold prior to the parade.

The NTHBA also had a couple of visitors at the February 13th General Membership Meeting.  The National Association of Builders (NAHB) Build PAC trustee and builder from Dallas, C. Kent Conine and the 13th Congressional District Candidate Josh Winegarner were amongst the guest. 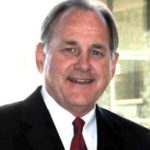 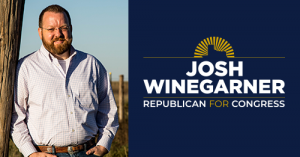 After being introduced with an impressive bio that consisted of his serving as both the NAHB and TAB president along with many other organizations and groups and notable accomplishments that include his induction to the Housing Hall of Honor in both the NAHB and TAB, Kent spoke to the group.  He mentioned various accomplishments of the NAHB such as the WOTUS rule, the reduction of duties on lumber shipments later this year and other regulations that prohibit builders and developers to do their jobs.  Kent said these are membership dues at work but as in any association, there is always a need for more funds to help protect the American Dream.  Build PAC is always trying to raise money to help support candidates that favor the home building industry.  That in fact is Kent’s purpose for coming to Wichita Falls.  He had the honor and privileged to award Mr. Winegarner with a contribution for his campaign.   Winegarner is running for Congress for the 13th Congressional District where long time Congressman and friend to many in the Wichita Falls area, Mac Thornberry is vacating.

Born and raised in the Panhandle, Josh learned at an early age the value of hard work, determination, and an entrepreneurial spirit. He knows first-hand the struggles of the farmers, ranchers, and small business owners who drive our economy, and he will fight to protect them from burdensome federal policies that stifle growth and inhibit innovation.

After attending college in Abilene, Josh worked in D.C. for Republican Texas Senators Phil Gramm and John Cornyn, where he developed expertise in agriculture, trade, and small business policy issues. Josh brought this knowledge back home and has been using it to defend and protect ranchers and other agricultural producers from environmental and animal rights activists.

A man of deep Christian faith, Josh will protect the precious gift of life and defend those who cannot defend themselves. We can trust Josh to stand with President Trump to protect our constitutional rights, secure our borders, and defend our country from the threat of the socialist agenda.

In closing, Vice President Steve Lane thanked everyone for their support and involvement with the NTHBA and expressed how the NTHBA could not exist without them.