The North Texas Home Builders Association held their monthly general membership meeting July 11, 2013 at the Kemp Center for the Arts.  President Steven Hinson conducted the meeting with the normal announcements of Birthdays, Renewals and upcoming events.  Eric Nelson introduced Maj. Sam Ulmer from the 363rd Training Squadron who played a video he produced of his team who participated in the Tough Mudder competition in April.  NTHBA sponsored the T-Shirts and the 363rd TRS was the largest team participating with 15 members.  Maj. Ulmer announced his team was able to raise over $1000.00 through the event which the proceeds go for the Wounded Warrior Fund.  Maj. Ulmer said he loved the torture so much he signed up to participate in another Tough Mudder event in August at Waco.

Scholarship Chairman Randy Schaffner had all eyes on him as he spoke.  Randy had the opportunity to award 5 scholarship recipients with checks of $750.00 from funds made possible from the members who purchase web site banner ads each year.  Each of the recipients has a direct understanding of the career they are pursuing. 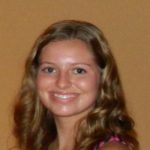 Mindy Schroeder of Windthorst is attending MSU to someday become one of Wichita Falls women builders.  Working with her parents in their construction and rental business Mindy has firsthand knowledge of what it takes to be successful in the home building industry and has the drive to gain the information necessary for her to excel in this career. 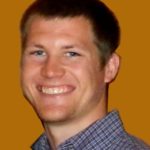 Bryce Tucker is attending MSU and pursing a mechanical engineer degree to continue what has been very much a way of life.  Bryce has had the opportunity to learn to construct farm buildings and farming with his parents on their family farm. 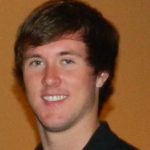 Kolten Booher is attending Texas A & M with the intentions of majoring in construction science and architectural engineering.  Kolten had originally set his sights on becoming an electrical engineer after growing up and learning the electrical aspect of the home building industry from his father but after his first semester and exploring other fields has since decided he is more interested in the construction aspect of the industry rather than the electrical field. 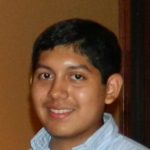 Jeffrey Maldonado is attending University of North Texas and is no stranger to the home building industry.  He is planning to major in construction engineering technology.  Living in the world of landscaping along with his father in their family business has given Jeffrey the opportunity to gain an interest in construction.  His future plans after graduating is to come back to Wichita Falls and help grow his father’s landscaping business into a commercial company. 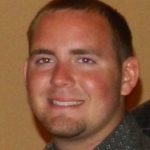 Colton Carnes of Archer City is attending Vernon College to retrieve an Associate’s degree in HVAC and continue to seek further knowledge of the building industry through employment with an HVAC Company and get on the job training.  Later he is interested in furthering his education to obtain plumbing skills.  His municipal job with Archer City has made him aware of the importance of work ethics, regulations associated with and the skills and certifications needed in the building industry.

The Scholarship committee which consisted of Chairman Randy Schaffner, Bobby Rowland, Pam Esch and Justin Davis did a fantastic job sorting through the dozen of applications received to find the ones who had the best qualifications to receive scholarships.

In closing President Steven Hinson announced the next meeting will be August 1, 2013 at the Kemp Center for the Arts and Wichita Falls Public Works Director Russell Schreiber will be the guest speaker.