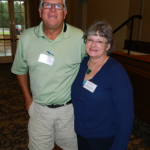 Carol Chatterton, volunteer coordinator at Interfaith Ministries, discussed the ongoing work of the non-profit organization and the 2015 scholarship winners were presented their checks at the July membership luncheon of the North Texas Home Builders Association held Thursday, July 9, at the Kemp at the Forum.

In addition to Chatterton, board chairwoman Jean Graham also attended the luncheon. 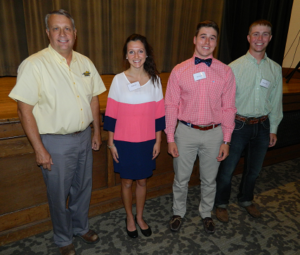 Abigail Lam graduated Wichita Falls High School in 2014. She is a two-time recipient. She attends the University of Texas at Austin, majoring in finance.

Bailey Broyles graduated from Holliday High School this year. A first-time recipient, he plans to attend the University of Texas at Austin and will major in architectural engineering.

Brennen Nelson graduated this year from Henrietta High School. Another first-time recipient, he will be going to Murray State University this fall. He plans on majoring in mechanical engineering.

Trevor Criddle graduated Rider High School in 2011. A first-time recipient, he is going to Midwestern State University, where he majors in mechanical engineering.