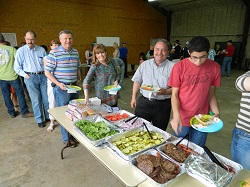 A night of fun and fellowship helped celebrate the beginning of spring for members of the North Texas Home Builders Association as they gathered at the Good Times Party Barn, compliments of Rick Belz, on Thursday, April 10, for “Family Night.”

President Barney Brock, the officers and staff of NTHBA arranged several fun games in a relay competition. Eight six-person teams competed in relay race games that included a balloon pop, spoon relay, hula-hoop toss, and bounce-the-ball into the trash can.

Kids enjoyed the bounce house and riding on the “barrel” train during the evening as well as balloons, ball and hula hoops after the games were over.

Members of the winning team drew for the grand prize of a flat screen television that was won by Erin Henson.

Approximately 100 persons enjoyed a meal of burgers and hot dogs with all the trimmings that was provided by First Bank. 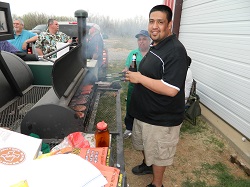 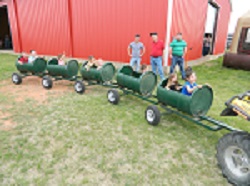 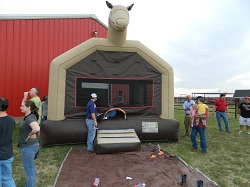 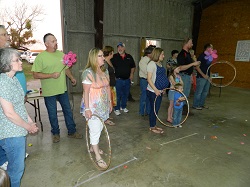 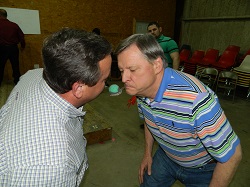 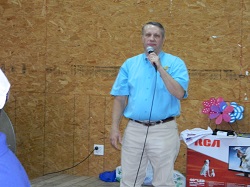