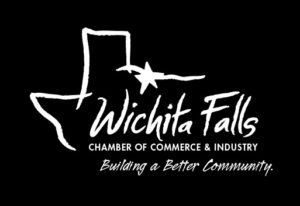 THE FIRST STEP EVERY BUSINESS OWNER SHOULD TAKE IS JOINING THEIR LOCAL CHAMBER OF COMMERCE.

Here in Wichita Falls, our Chamber strives to build a better community through economic development, advocacy and member services.  Our number one goal is to ensure that every business in Wichita Falls is not only successful, but experiencing growth as well.  The Chamber hosts regularly scheduled networking events on a weekly, monthly and annual basis where business owners can get to know each other, share leads and generate innovative ideas together.

Ron is an accomplished and highly regarded executive with experience in leading ongoing operations, directing companies toward primary goals, and developing and implementing company plans and programs.

Ron is coming to Wichita Falls, TX, from Birmingham, AL, where he was the President & CEO for the Birmingham Business Alliance.  He oversaw organization’s transition and relaunch, including economic development, chamber of commerce, leadership programming, as well as equity and inclusion initiatives.  He consulted with partners and stakeholders in the Birmingham region to create employment opportunities and promote a competitive and diverse economy.

Ron offers deep strengths in developing and managing boards and guiding start-up initiatives, providing overall direction, mentorship, and coaching to facilitate development victories.  He brings a proven track record in overseeing the steady growth of regional development efforts including Southwest Michigan First where it was consistently recognized as one of the Best Places to work in America.

Ron is excited by the opportunity and confident in his abilities and experience to assume this leadership role, helping the vision and strategy with the Chamber leadership team, Board, and Stakeholders to advance and lead the success of the Wichita Falls Region.